In Quechua, there are two ways of saying "to know" -- one means to know via other people or abstractly and the other way is to be an eyewitness and personally confirm the knowledge first hand and directly. The more forceful expression is the latter. Just as the photographic camera has been adapted to peasant ways, the radio tape player is a constant artefact in the sierra. Radio is the main means of communication in the sierra, and thousands of farmers start their mornings tuning in to the local station for news. But it has also helped improve record-keeping. 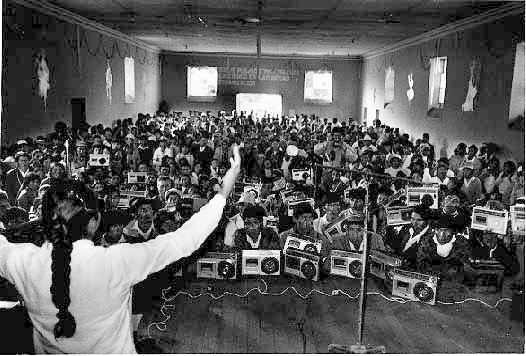